“Smellovision” never quite caught on, though it dates back to the late 1950’s when the studios were looking at gimmicks to get more people back into the cinema. Back then a signal from a “smell track” on the film activated a tubing system to transmit odors to each seat. Now, people are talking about SMELLOVISION’s comeback on cinemas.

In the 1980’s “Oderama” made a stale debut with “scratch ‘n’ sniff” cards, which also made a brief debut into living rooms as well.  Outside of theme parks, scent themed flicks weren’t visited again until recent years when two cinemas in Japan offered aroma wafts for back row seats during the movie “The New World”. 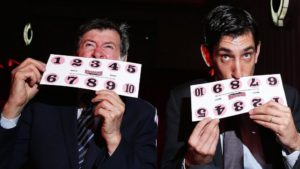 I recently read an article saying that researchers at the University of California in collaboration with Samsung have developed a compact device capable of generating on command, thousands of aromas. The device is small enough to attach directly to the back of any TV set and holds up to 10,000 solutions which discharge smells via a small electrical charge.

First, there were black & white movies, silent movies followed by 2D and now digital 3D, so there is every chance that in years to come, movies might be released in DIGITAL SMELL-ORAMA.

If you recall last year, Spy Kids 4 was released in 4D Scratch ‘n’ Sniff at selected cinemas, did kids go to see the movie or did they just go for the smell of it???