It’s good to see that the Annual Academy Awards Live Telecast Function at Cinema Nova continues even though the Nine Network now beams the telecast live on Channel Nine from midday rather than a delayed and edited version in the evening. 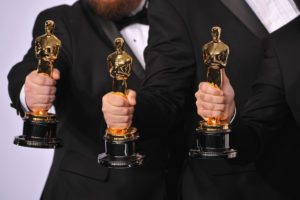 Whilst I didn’t attend the function this year it’s good to see some of my colleagues continue the tradition of drinks after the event at the pub across the road followed by dinner and more drinks, and then some more!!! I must say it was great to catch up with some of you (if you remember) It’s amazing to see some of you still standing considering first drinks starting being poured from 11.30AM and by 4.30PM you were still standing….well um/err at least most of you (You know who you are)!

All that aside I can’t believe that the main topic of the day was not The Academy Awards and who won what, but the changing face of the industry with the rollout of digital cinema. I look forward to seeing you all again next year and I might even go to the official function!